Home | Blog | Post-Irma, Florida’s Nursing Homes Are Now Required to Have Standby Generators, and Houston Could be Next.

Post-Irma, Florida’s Nursing Homes Are Now Required to Have Standby Generators, and Houston Could be Next. 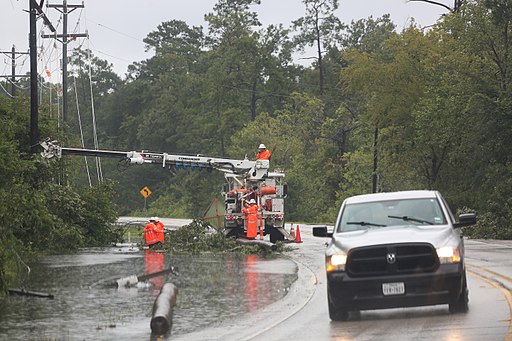 Following the devastation wrought by Hurricane Irma, particularly the death toll in several area nursing homes that lost power for weeks during this historic tropical storm, Florida Governor Rick Scott gave nursing homes and assisted living facilities just a matter of weeks to obtain standby generators and design emergency power plans to prevent similar disasters in the future. Could comparable regulations be coming to other areas prone to hurricanes, earthquakes, and other weather-related events?

Governor Scott’s directives might possibly set a precedent for regulation in other regions, especially those like Houston, which received unheard of flooding and power outages due to a natural disaster.  Considering the outrage toward a Texas nursing home when a photo of its residents waist deep in water went viral, it’s important to investigate what other cities are doing to protect their elderly citizens.

With an equally devastating hurricane season, Houston should take a look at the details of Governor Scott’s directive, especially those concerning the installation of standby generators, and see what might be implemented to ensure the future safety of our elderly residents in the face of widespread flooding and power outage.

What does Governor Scott’s order require of Florida nursing homes and assisted-living facilities?

For weeks after Hurricane Irma made landfall in southern and central Florida, many residents struggled to remain cool amid sweltering heat and massive power outages. A total of 14 nursing home residents died as a direct result of this heat wave, and Governor Scott immediately ordered all assisted-living residences and nursing homes in the state to purchase standby generators and “enough fuel to take care of all their patients” for at least 96 hours during future such events. Each Florida nursing home or assisted living facility is also required to create a power plan and file it with the state.

While these requirements were certainly well-intentioned, and while having a standby generator likely would have prevented all 14 unfortunate deaths, Governor Scott gave area nursing homes just a couple of weeks to get these arrangements in place.

Non-compliant nursing homes and assisted living facilities can be fined up to $1,000 per each day they remain out of compliance or may even be subject to license revocation. Many nursing homes that were non-compliant with the original ultra-short deadline were granted an additional 60 days to make backup power arrangements.

How have nursing homes responded to this edict?

A number of nursing homes have already been placed on the non-compliance list, and lobbying organizations like the AARP and LeadingAge Florida have petitioned to extend this short timeline, arguing that the devastation caused by Irma and the other contingencies these nursing homes are dealing with make it all but impossible for them to order and install generators within the 60-day deadline.

While these lobbying organizations, as well as individual nursing home owners and operators, have indicated they’re more than willing to comply with this new directive, some indicate that the timeline is simply far too short. However, many nursing homes have been able to maintain compliance with this new rule even amid logistical challenges, and the non-compliant facilities are likely to soon follow suit.

Not sure what you are looking for?

We have a range of solutions we can offer. Enter your details below to get a free consultation and quote.